When the one-year anniversary of my mother’s passing came around, I found myself in the kitchen preparing some of her favorite dishes. I hadn’t planned it, but there I was one hot August afternoon, making her famous soup from the turkey I had roasted the day before.

As I poured myself into cooking, some of the deep sadness I was experiencing at this moved through me. I loved my mom’s turkey soup–how she cooked the egg noodles right in the broth, and how they soaked it up, tasting like dumplings.

I remembered the time she made some especially for me. It was summer then, too, and I had a terrible head cold. She arrived unexpectedly one afternoon at my work place with a huge jar of her turkey noodle soup.

I thought about the bread she used to bake and about how much butter she would slather on it, and how we loved to dip it into the broth. I began to feel a little more buoyant amid the pain of losing her

While the noodles boiled in the broth in my kitchen, I realized that I was reconnecting with my mother through food. I laughed a bit at myself when I reflected on all the dishes I had cooked that week. Without knowing it, I had created a beautiful ritual to honor my mother and to comfort myself at this vulnerable time.

Suddenly I felt my mother’s presence beside me.  I was so uplifted and excited that I began talking to her, imagining she were there.

“What else should we make?” I asked of us both, wanting to keep the ritual from ending.

“Irish Potato Pancakes,” was her reply.

I hesitated. The thought of these brought up another loss. The last time I made potato pancakes was two and a half years ago. I had taken off my engagement ring to make the dough, and never found it again.

Since that time, I resisted using that recipe–even though I really liked those pancakes. It’s sort of silly, but whenever I considered making them, I felt resentful of their participation in my loss, as if they were to blame.

My mom should know better than to suggest these, I thought. (I don’t even remember her ever making them.) She knew how upset I was about losing my ring. I had always called her whenever I lost something, even when I was away at college, even from across the country, even when I traveled abroad. My mom had a knack for helping me find my way to lost things, except for this time.

But despite these hesitations, I found myself caught up in the joy and celebration of the moment, and I reached for the cookbook without another thought of the ring.

My mom did love Irish things, and these were delicious. I opened the large coffee-table cookbook and turned to the pancake recipe. At once, something at the bottom of the page caught my eye… It sparkled!

I gasped in utter amazement! There, pressed into the pages of this book, was my diamond ring!

Chills ran up and down my body as my mind raced to ponder how this was possible. Hadn’t I used the book for other recipes in the course of almost three years? Wouldn’t the ring have slipped out during the packing and unpacking of two household moves? Hadn’t I checked the book for the ring when I had lost it?

My mind was subdued as my heart overflowed with the magic of gratitude and wonder. I slipped my ring onto my trembling hand, and a smile filled my soul as I whispered, “Thanks Mom.”

That day, I made potato pancakes in the shape of hearts.

“The whole cosmos is a lila~the play of the gods.”

There’s been an accident,

That simple phrase is so complete that it renders any telling less so.  And yet, the telling stirs in me, forcing this piece, like a miscarriage.

These words shape a generation and re-shape the one before us.  Marriages fall apart. Families split open.

If the loss had been a child, they might have softened into each other.  Instead, they scatter like water on a hot griddle–leaving the words behind for child’s play.

For years, I play with them, using all the power of my imagination to fashion a different ending.

There’s been an accident, BUT… everyone survived.

There’s been an accident, BUT… she survived.

There’s been an accident, BUT…

No matter how I tried, there is nothing to soften the sharp and pointed ending of that verse.

There’s been an accident. Period.

Three decades pass and still those words define me. I want to rip them from my neck and let them scatter on the floor so that they never, NEVER  find each other again.

But though I’ve fashioned thousands of words from my life, I have not been able to release this single strand.  Until now.  Until now.

So soft on the tongue.

Surely death would have found her some day.  Why not at the height of her expression?

She–who spawned 14 granddaughters from her head, and another 5 posthumously–lives on in all of us.

Who among us will find a mate to match our combined power?  One who won’t cheat this treasure with women or work or woe.

Does such a man exist who can possess such beauty without falling prey to his failings?

Who among us then will take up the bottle as comfort in the solitude of our strength?

That was Lila’s lonesome drink.  But not until 5.  Before then, she was all purpose.  Pencil tucked behind ear.  Lips pursed.  Jaw and cheekbones set.

What fate caused there to be such a vacuum in her absence? Exposing all the weakness one family can bear before breaking apart.

I should hate her for leaving.  14 years old and no matriarch to pass on the faith.  Forced to carry a torch too heavy to light such a darkness.

And what about the added cruelty of her timing? Just as I was perched to assume my place by her side—poisoned by the cup of my own desire.

I no longer care to be the legacy bearer of such pain.

These are the words my father chokes on as he places his arm around my shoulders—and squeezes out the last drops of innocence.

Perhaps there was no other way.  Perhaps she had to leave to offer me–and each of us–our rightful space.

Now we can breath.

And now, I understand.

I understand that these words will not be delivered 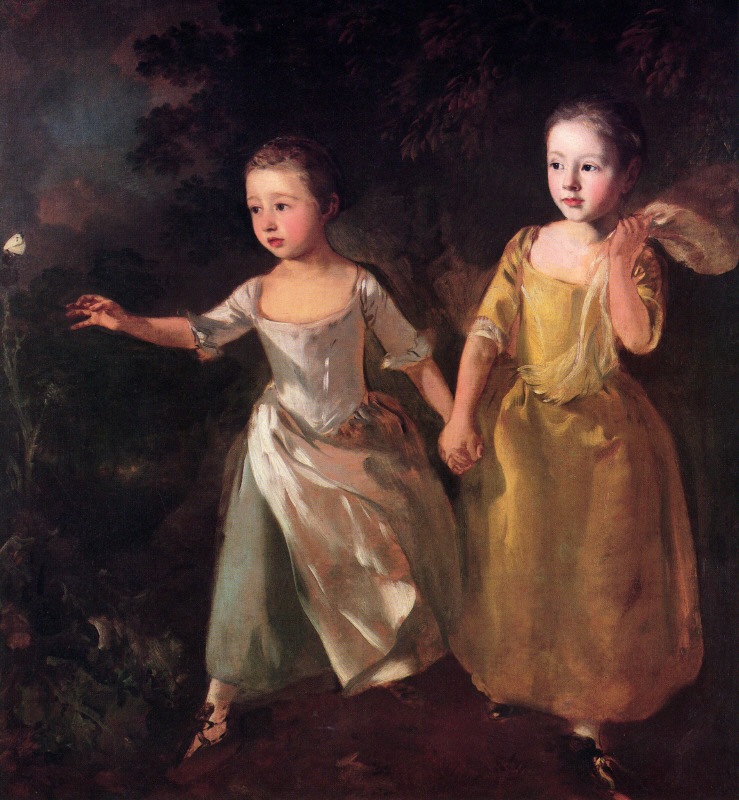 i imagine our “children,”

the fruit of our love–and strife,

Dancing in the sky

Too pure for earthly confinement

Dancing above us nonetheless,

Skirts moving with the breeze,

those children of mine in the sky

Looking down at me

Running here and there in

(to read the story behind the poem, The Loss of Love and Innocence, click here)